Written by
admin
Posted in
Uncategorized
Comments
Leave a comment 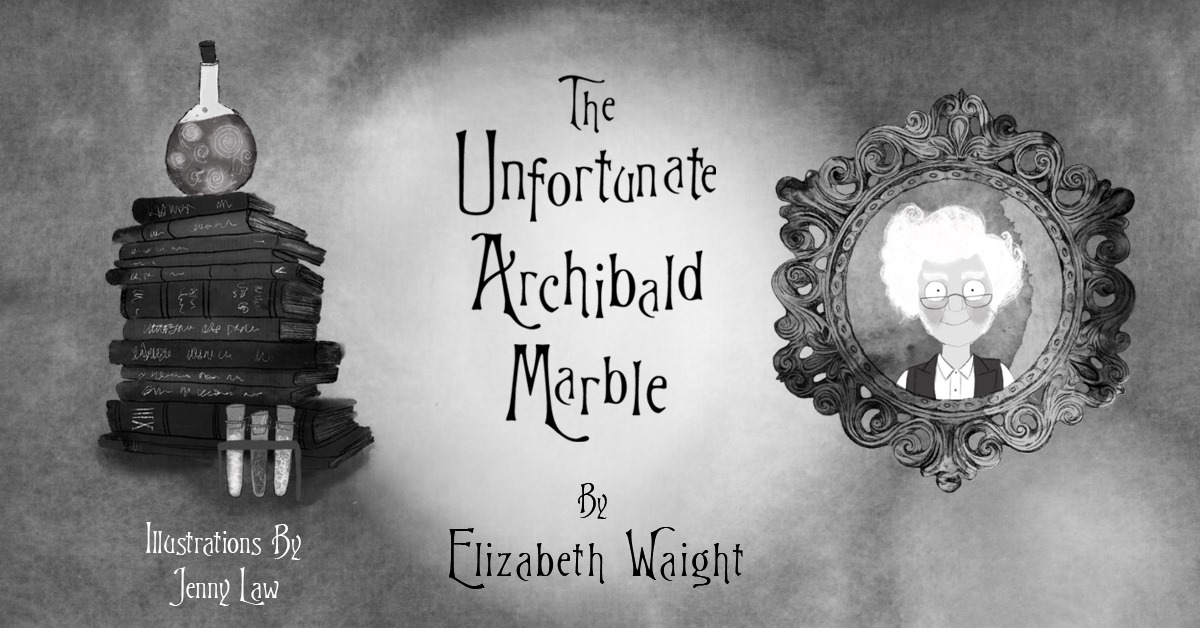 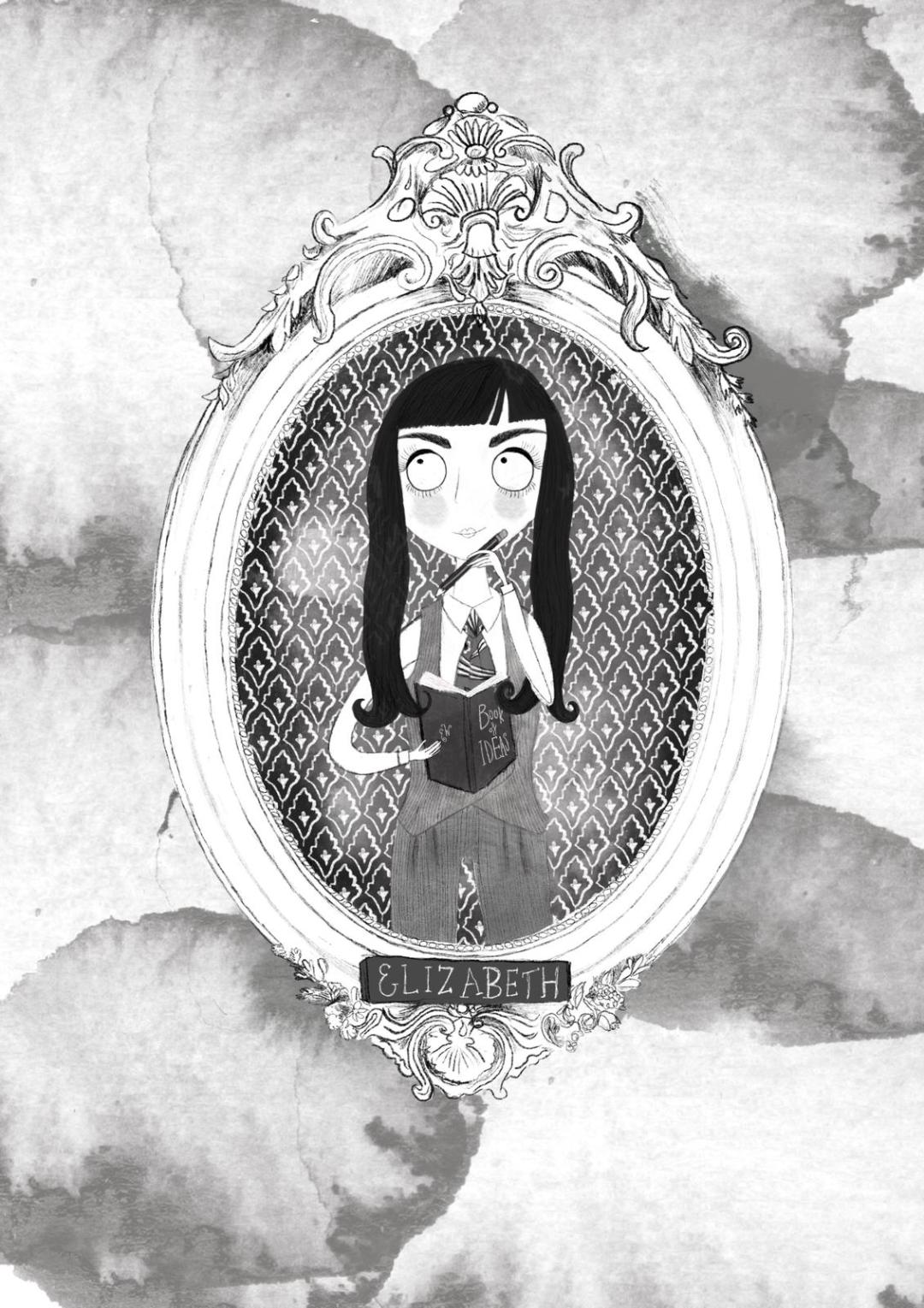 A middle grade mystery, The Unfortunate Archibald Marble, is the story of eleven-year-old, Stanley Crankshaw, whose family spends the summer at Marble Manor, in deepest darkest Yorkshire. Owned by eccentric Archibald Marble, the house draws Stanley into the old man’s mysterious world: secret rooms, a magical book and a pair of wicked yellow eyes. Teaming up with the talking fox, Millicent, Stanley must search out his courage and use Archibald’s secrets to overturn a perilous plot that would turn your hair white (and probably make your eyes pop out of your head!).

Elizabeth Waight lives in London with her grumpy cat, Ziggy. She began writing The Unfortunate Archibald Marble after spending many childhood summers visiting the wonderfully cluttered old farmhouse of her crazy relations, and where one day her dad thought it’d be funny to throw a manky fox fur stole at her from an upstairs balcony. A spark was lit and a story began. The house was so very much like Marble Manor and she wishes she could have lived there forever.

“Even now, as an adult, I’m an eager devourer of children’s fiction and I love a spine-tingling mystery. Growing up my favourite authors were Roald Dahl – for his expert combining of darkness and humour, and later Philip Ardagh – for his joyous irreverence and eccentricity. I hope some of these influences shine through in the world of Archibald Marble.

The best day ever was when Jenny Law agreed to illustrate the book. She loves the characters as much as I do and together we hope to bring you a magical tale, full of colour, thrills and laughter.”

Elizabeth is currently working on her second novel, The Purse of Secrets, about a Victorian ghost detective and a shape-shifting wolf-girl. She promises to keep you posted! 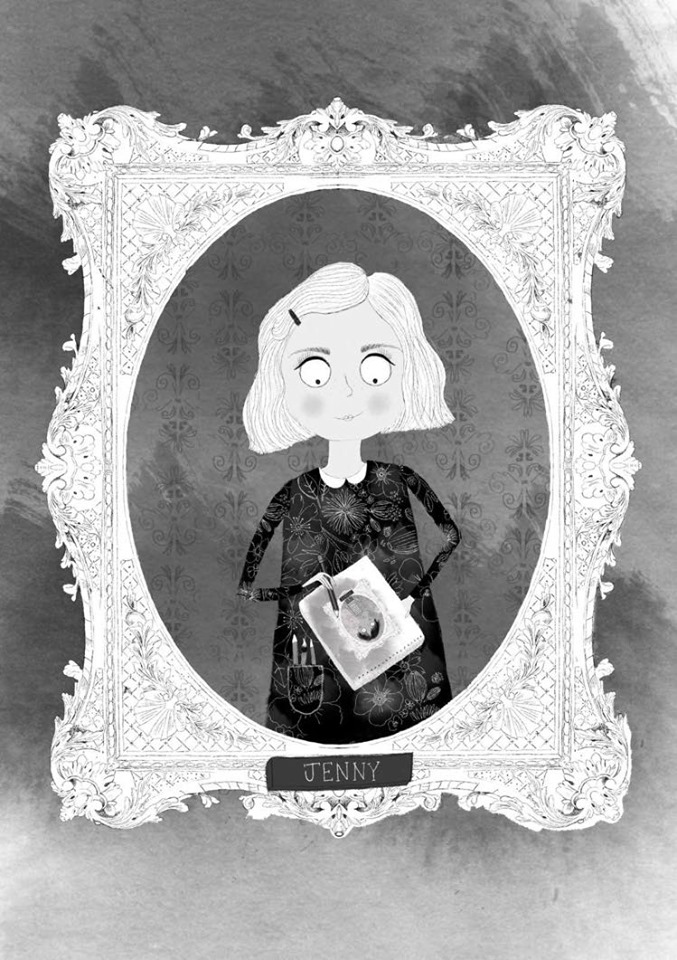 Jenny Law lives with her husband and two sons, two cats and Dolly the dog.

Her love of all things artistic goes back further than she can remember; she has fully illustrated books she drew when she was seven hidden in the attic. Always drawing and a born storyteller, Jenny’s colourful bohemian younger years motivate and drive her ever-developing themes, playful eye and humour. She integrates the detailed with the whimsical even when she’s working for major clients.

Jenny embraces all media; traditionally with pens, pencils, painting with oils & acrylics on canvas, digitally on iPads & laptops and using a stick dipped in ink!

Growing up in an inner-city council estate in 80s London, she struck out on her own at 16. Through her own grit and determination this girl of no fixed address got herself into the world-renowned arts and design college, Central Saint Martins.

“I was absolutely over the moon when Elizabeth asked me to illustrate the book,” she said.

“Elizabeth has given me so much creative freedom to bring these fantastic characters to life in illustrations form. It’s been such a magical experience.”